Richard Rider, after being brought back to life by Annihilus, charged into another confrontation against the Olympian God’s since the events from AVENGERS: NO ROAD HOME. Needing assistance, Rider asked the Guardians of the Galaxy for help only to receive aid from Star-Lord and Rocket Raccoon. Together with their new crew, they launched a mission to stop these evil Olympian Gods. Nevertheless, this new Guardian team was able to destroy Olympus but at the tremendous cost of Peter Quill. Let’s dive into this week’s ”emotionally charged” GUARDIANS OF THE GALAXY #3 by Al Ewing to see how Rocket Raccoon will face the rest of his family and friends as he breaks the terrible news to them all. 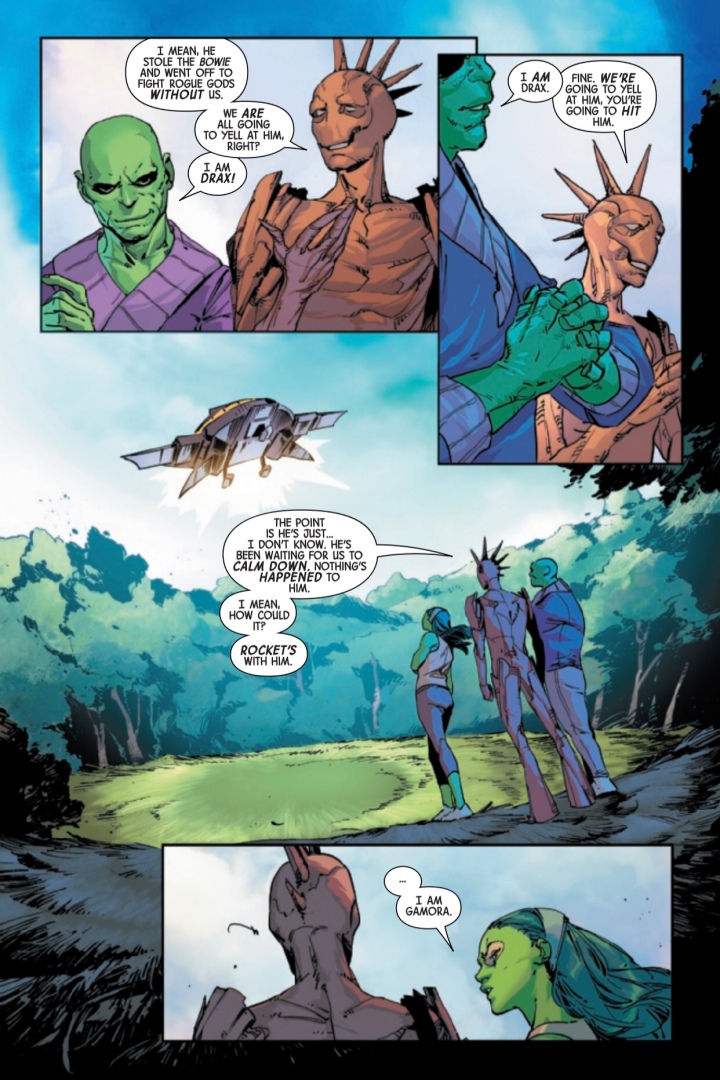 So, I get what Al Ewing is doing in this issue. Ultimately, Ewing is attempting to give the reactions about Peter’s death from three different perspectives of the remaining team members: Groot, Gamora, and Drax. Truthfully, it was a terrific idea. Furthermore, there were many aspects of this narrative that really hit home. However, if the premise was to convey deep emotion for the loss of Peter Quill, this reader simply didn’t feel it. The most emotional, and creatively well-done perspective, was through Groot’s point of view by far. Ewing’s role reversal was comically done and still conveyed a sense of emotion and loss for Peter at the same time, which is genuinely difficult for any writer to disseminate. However, I had to read it twice instantly because I didn’t catch on as to what Ewing was striving to do until halfway through the standpoint. So readers, be careful with the opening scene dealing with Groot and reread it to completely reap the sentiment that’s involved. 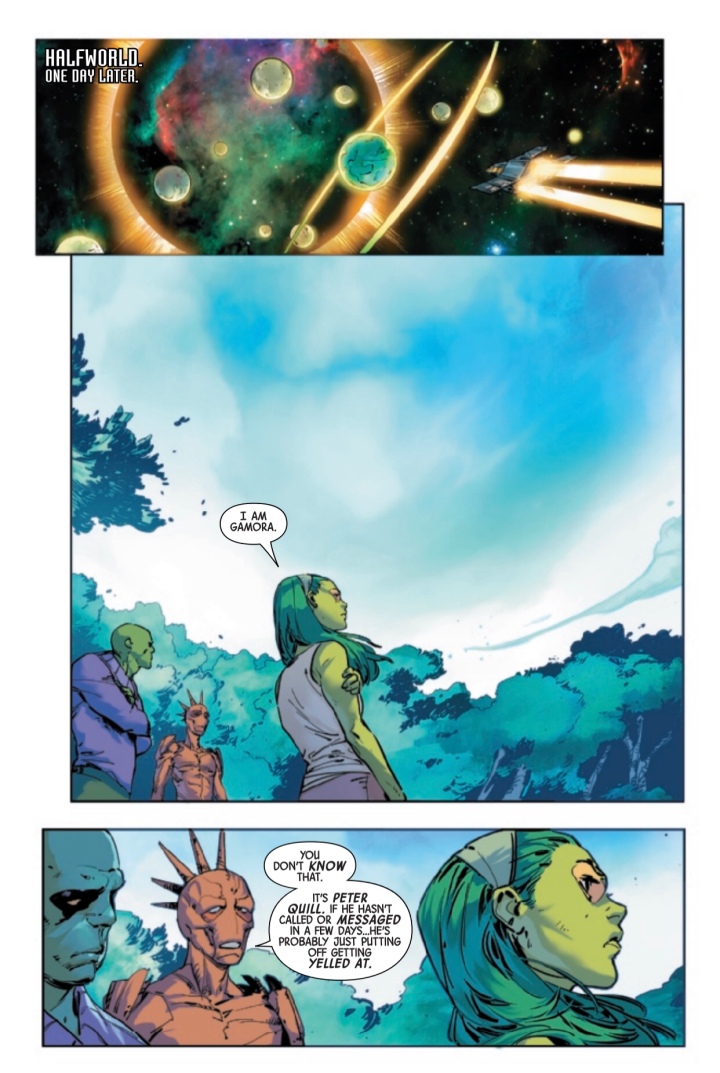 Next up, was the Drax perspective, which was overly disjointed and confusing. The conversation between Moondragon and Drax was way too deep for new readers or even readers not steeped in GUARDIANS OF THE GALAXY lore. My wish is that Ewing furnished a bit more clarity. I’ve read the entire last run of GUARDIANS OF THE GALAXY so I’m aware of recent events dealing with Moondragon and Drax. Plus, I’ve read a variety of older titles that aren’t fresh in my head, but the conversation between the two hardly carried weight or merit because I was bewildered about their discussion and it’s connection to Peter, which I thought was the point. Furthermore, the objective of the issue was to mourn Peter but that was not the case with their interaction at all. 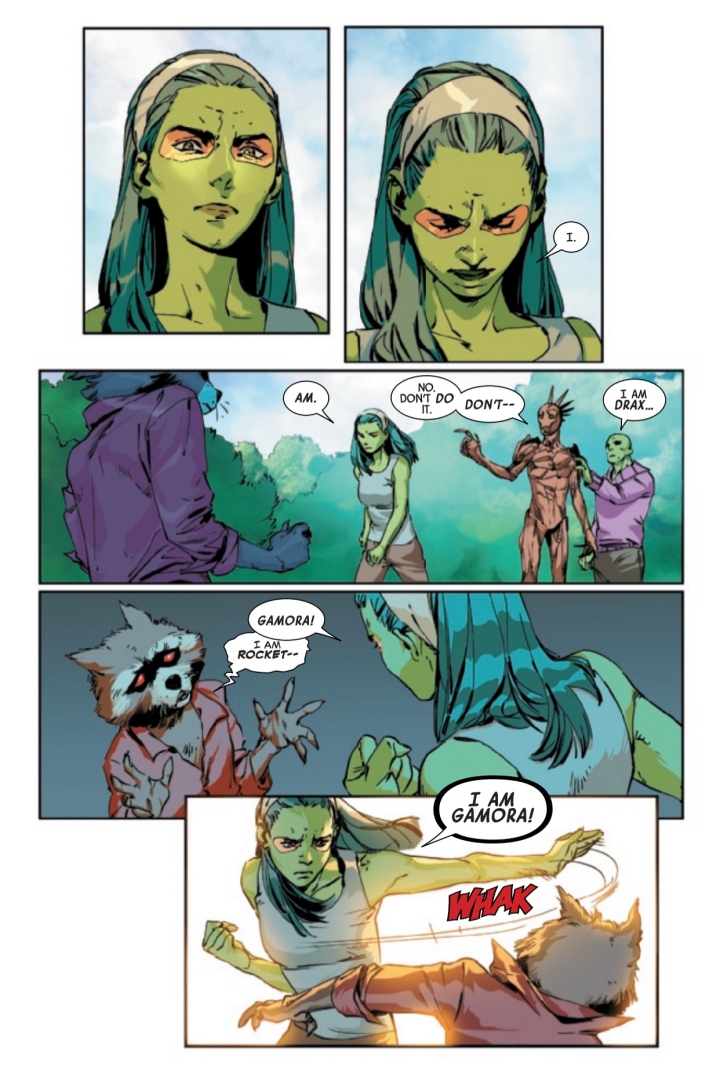 And lastly, Gamora’s perspective was choppy, jumbled, and involved some random Psychiatrist in a straight jacket. Are we supposed to know her? Sprinkled amongst the random thoughts circulating Gamora’s mind was the older man from Peter’s dreams, which she has never seen before. So, why was he there? Again, the effect of Peter’s death was lost amongst convoluted and deep monologues. The true feeling was lost in this issue and I left wondering if the importance of losing someone so precious to their family was deflated. Heck, I felt more emotion when Rocket was sick and fought to save everyone at the end of Donny Cates run then I feel right now after Peter’s death… and Rocket never died. 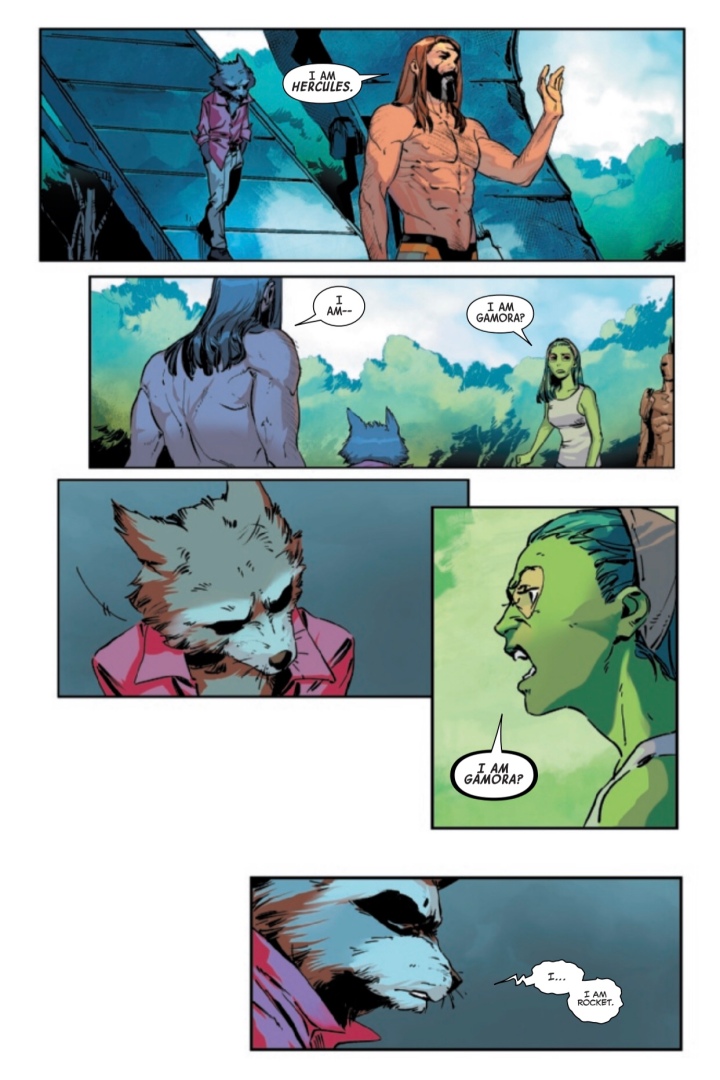 Amongst the bombardment of random panels, scenes, monologues, perspectives, and ways the Guardians of the Galaxy process Peter’s death seems to be a loss of significance and feeling as the series simply picks up in a new direction. I can’t help but feel a bit disappointed as this issue closes and we move past Peter’s death rather quickly and uneventfully just like the entire series has to date. Now, I’m sure he will be back. No one stays dead in comics. Nevertheless, I feel like Ewing squashed an opportunity to really hit readers hard with “the feels” and just couldn’t get there. Ewing has written some truly amazing series and issues in recent Marvel history but I think he missed the mark this time. Could it be because I’m not a diehard GUARDIANS OF THE GALAXY fan? Maybe? But, I am a Marvel Comics fan who reads practically everything and whose been reviewing comics for years now. Plus, I feel like I know where Ewing was aiming but I think he missed the target on this one. Grab this issue if you’re a hardcore fan. Otherwise, you can probably skip it and pick up next month right after issue two.

Want to catch up on all things GUARDIANS OF THE GALAXY? Check out these Amazon deals and other links below! 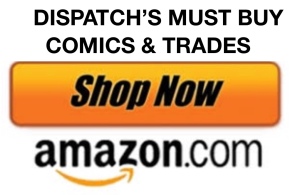 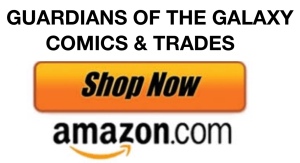 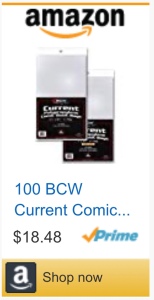 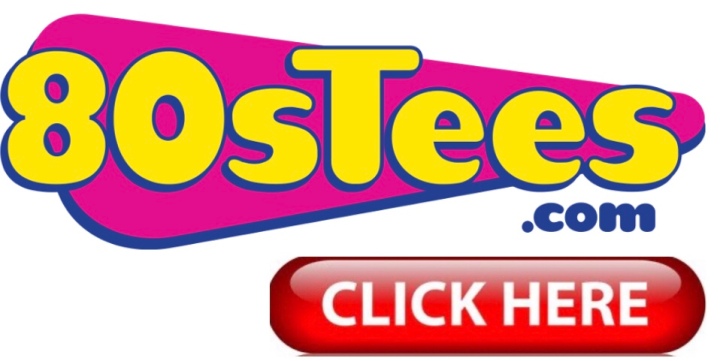 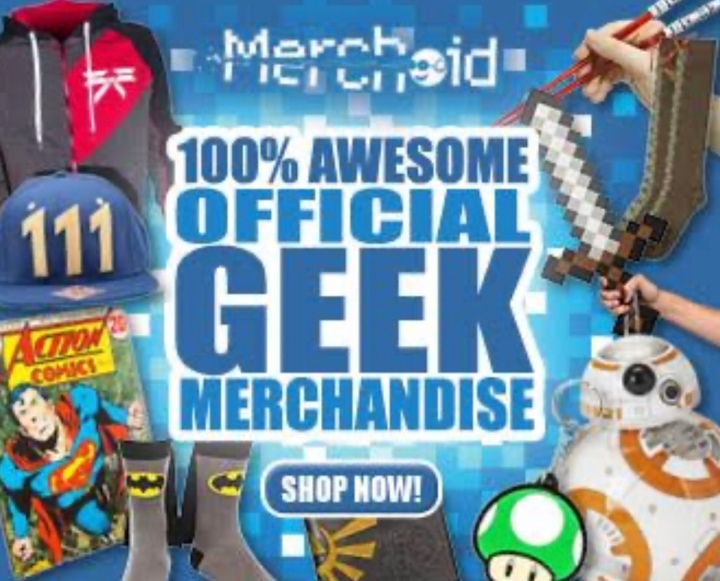 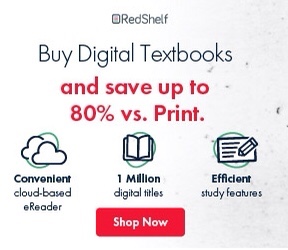